A luncheon was held in the North End Zone Facility, and recipients were recognized during the men’s home basketball game vs. Fort Hays.

“This was the second annual Pride & Purpose event, and we were thrilled to recognize alumni who have given back to Missouri Southern and their own communities,” said Lee Elliff Pound, director of Alumni & Constituent Relations.

Brandon Williams, a defensive tackle for the Baltimore Ravens and former Missouri Southern student, received the 2019 Spirit of Service Award.

While he was not in attendance for the Pride & Purpose event, the award was accepted on his behalf by Judd McPherson. 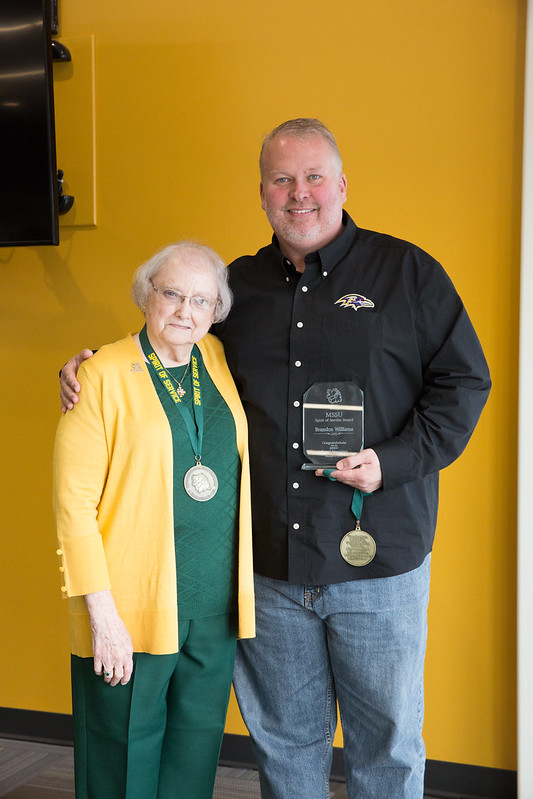