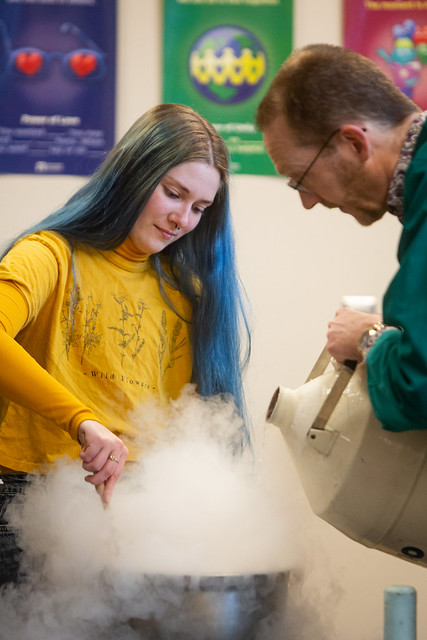 Soap was added to the water and dry ice to create bubbles which trapped the water vapor and carbon dioxide within and release puffs of smoke when popped. Eager hands filled the air when the children were asked which of them wanted to help pop the bubbles formed atop a table.